The most amazing smartphone with multiple accolades around the world. The name Samsung itself signifies its name, which never compromises the quality of its users’ smartphones. The Samsung Galaxy S7 Edge is the best smartphone in the world which you can find to date. 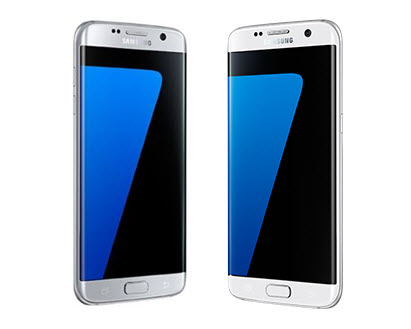 This is the seventh smartphone of the Galaxy line with features that you can dream of having. To buy this smartphone, you have to spend money like water, but you won’t mind paying for it if you are a tech geek. The price ranges from Rs 33,000 to 36,000. This is the latest smartphone available in the market right now.

You can now see everything virtually with this Oculus Rift VR headset. This will be best suited for this Samsung mobile.

Specification and features –Galaxy S7 Edge is a brilliant device with a water-resistant body. The curved back and flat sides of this phone seem to fit perfectly in hand, but it has some similar features to Galaxy S6, which was launched a year ago. It also has soft round edges with a metal body around it. It has a 5.5-inch display with a Super AMOLED display and a Quad-High definition resolution of 1440*2560 pixels. It belongs to the Android era with Marshmallow and much exciting free software, which can treat you.

It has a multi taskingExynos 8890SoC with 8 CPU cores, out of which four of them run at 2.6 GHz, and others run at 1.6G Hz. It is powered by a graphics ARM-Mali T880 and LTE cat support. It has a RAM of 4GB, which is beyond excellence, which means it is similar to laptops.

It is available in two memory variants of fixed 32 GB or 64GB, and it is expandable up to 200GB which makes me feel excited. It has a most upgraded camera with a 12-megapixel primary sensor and optical image stabilization. In addition, it provides speed autofocus to capture brighter and original pictures.

Verdict- I promise you cannot find a special featured phone on the market like this. The embedded processor in this phone will always make you feel like a multitasker. The memory is expandable up to 200GB which means you will never lack entertainment when needed. The camera provided with sensors is brilliant enough to notice your gestures. The design was similar to the Galaxy series phone launched a year ago. I strongly recommend this smartphone to those who need power-packed excitement.